The Seventh-day Adventist church in Jamaica is mourning the passing of businessman and philanthropist Aston Tai. Tai, who is the brother of the late Lady Ivy Cooke passed away on Saturday, April 20, 2019 in Weston, Florida after a protracted illness. He was 93.

He was a Justice of the Peace for St. Thomas and served on various boards including those of the Jamaica Chamber of Commerce, NRMC (Love 101), the West Indies Union Conference of Seventh-day Adventists, the Andrews Memorial Hospital, the Master Printers Association, and Yallahs Community Development Committee.

“Aston was a friend and sound advisor and a source of tremendous support to me,” said Dr. Patric Rutherford, former CEO of Andrews Memorial Hospital. “He functions with a quiet confidence and was not afraid or unwilling to share his wealth of knowledge he gained from his vast business experiences. He was always eager and willing to facilitate others to become successful.” 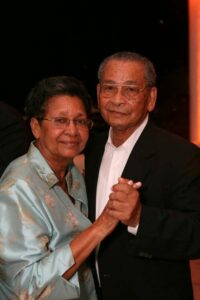 Tai was born in Glengoffe, St Catherine and was well known for his support of community activities and the Seventh-day Adventist church in the areas of health and education.

“In my 30 years of closely associating with Aston and his family, I have found that outside of family, and the success of his farm, he gets his greatest satisfaction in helping others to succeed by freely offering advice gained by experience to those who seek it,” said Pastor Leon Wellington, former president of the Adventist Church in Jamaica. “He is known to be generous in supporting his church and its institutions, causes that advance the public good, humanity and especially the poor.”

Tai’s legacy will long be remembered as his contribution to the Adventist church and its institutions through The Tai Wing of the Andrews Memorial Hospital and the Aston and Novelette Tai Business and Skills Centre at Northern Caribbean University in Mandeville, which houses the NCU-owned Hilltop Hotel, supermarket, restaurant, copy centre and the NCU bookshop.

“Besides his contributions to institutions, he and his wife supported hundreds if not thousands of students who could not have made through school without their help from the elementary to the tertiary level. I have a great deal of respect for his heart of compassion and generosity,” Rutherford added. 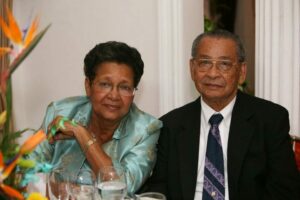 On August 14, 2005, Aston and his wife were conferred with the Doctor of Laws degree during the university’s graduation service for their support to the institution and Jamaica. Aston is also the recipient of a national Meritorious award.

President of the Adventist Church in Jamaica, Pastor Everett Brown said “Jamaica and the Adventist church in Jamaica has lost one of its beloved sons Aston Tai whose life was poured out in service to his church and his fellowmen. His thoughtfulness and selfless service to humanity will be a lasting legacy to many families who were beneficiary of his generosity.

“We join his wife and family to mourn his passing and use this medium to offer the bereaved family our prayers and support as we embrace the hope that we have in the resurrection,” Brown added.

A Service of Thanksgiving for the life of this outstanding philanthropist will be held on Sunday, May 19, 2019 at the Andrews Memorial Seventh-day Adventist church at 11:00 am. His body will be interned at a family plot in Birds Hill, Clarendon on Monday, May 20.

Seventh-day Adventist beliefs are meant to permeate your whole life. Growing out of scriptures that paint a compelling portrait of God, you are invited to explore, experience and know the One who desires to make us whole.